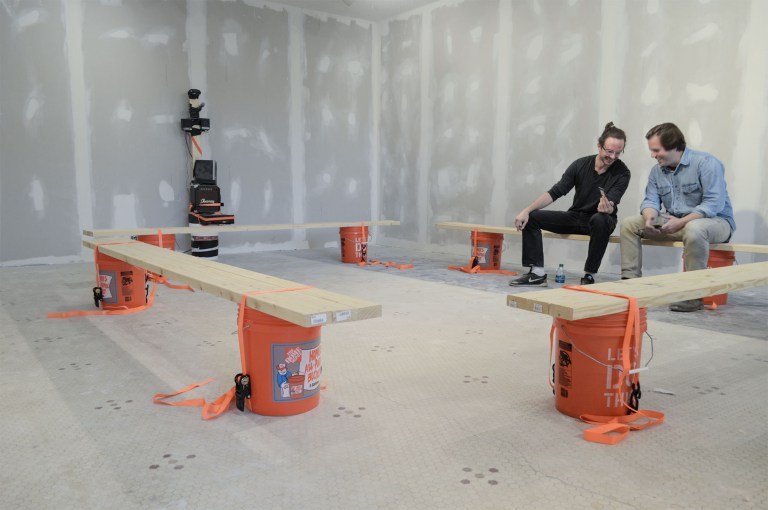 In economics, the invisible hand is a metaphor used by Adam Smith (1776) to describe unintended social benefits resulting from individual actions.

The gallery has character and I intend to remove it. ~ Ryder

Invisible Hand will usher the gallery into an international white-cube aesthetic, immuring the past behind new construction. Drawing from years of gallery labor practice and some critical texts, Richards’ two week art action calls into question dark economics, invisible labor, and artificial context as necessity, as well as the foibles of social practice art, weak authoritarians, gentrification, and Groys’ “weak images.”

The reception will feature a series of short Tom Marioni-esque art actions and talks. Richards will also host an Artists Anonymous(AA) session the following Saturday, October 1, in which artists can share experiences of hitting rock bottom for art in a sympathetic environment. (Booze will be provided.) An Open House will take place as a closing on October 5th, allowing the public to utilize the space for their own art before the gallery is sanctified into the institution we love.

< Audio clips from the 4 art actions during the opening. >

During the middle of construction Ryder held an Artists Anonymous event at the gallery, inviting artists to commensurate about their art habit and subsequent struggles with their empathetic peers.